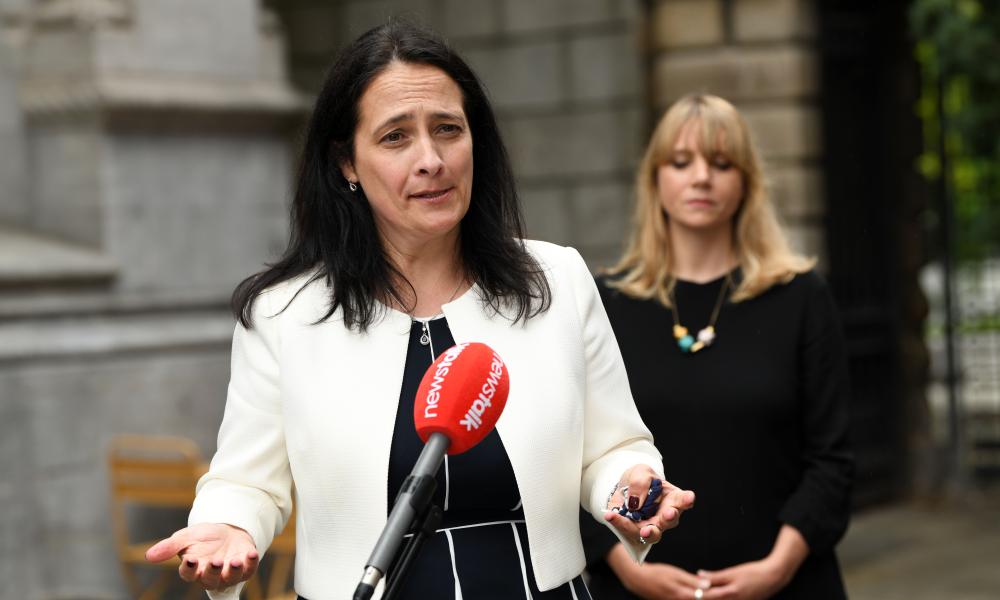 Research by the National Women’s Council of Ireland and Why Not Her? have found significant disparities in the gender balance on Irish radio and television, with female artists receiving less airtime and female voices less likely to be heard in discussions. The new measures are designed to ensure gender-balanced panels on current affairs or news shows, along with more air time for music composed or performed by women:

“A key goal of mine as a Minister is to further gender equality within every sector under my remit, and to collaborate closely with my government colleagues to drive change across other key departments.

“Young girls cannot aim to be what they cannot see or hear. There needs to be a significant improvement in the ratio of women to men on radio and TV so that both genders feel represented in public discourse as well as better representation of women in music on our airwaves. This week, I have brought measures to cabinet that will promote gender balance in both current affairs and music.”

Research by the National Women’s Council of Ireland and Why Not Her? have found significant disparities in the gender balance on Irish radio and television, with female artists receiving less airtime and female voices less likely to be heard in discussions.

“In order to achieve an equal Ireland for every woman, we must reassess the social norms, attitudes and barriers across society, and that includes female representation in the media. We simply don’t hear as many female voices and perspectives as men’s on our news broadcasts, public commentary and even the music we listen to and that needs to change. My colleague Minister Martin, will be introducing measures into law that will help make gender parity in broadcasting a reality.”

The Online Safety and Media Regulations Bill is designed to replace the Broadcasting Authority of Ireland with the new Coimisiún na Meán. The Bill passed through the Seanad in July and completed Second Stage in the Dáil three weeks ago. Committee Stage is scheduled for the 25th and 26th October.

This website uses cookies to improve your experience while you navigate through the website. Out of these, the cookies that are categorized as necessary are stored on your browser as they are essential for the working of basic functionalities of the website. We also use third-party cookies that help us analyze and understand how you use this website. These cookies will be stored in your browser only with your consent. You also have the option to opt-out of these cookies. But opting out of some of these cookies may affect your browsing experience.
Necessary Always Enabled
Necessary cookies are absolutely essential for the website to function properly. These cookies ensure basic functionalities and security features of the website, anonymously.
Functional
Functional cookies help to perform certain functionalities like sharing the content of the website on social media platforms, collect feedbacks, and other third-party features.
Performance
Performance cookies are used to understand and analyze the key performance indexes of the website which helps in delivering a better user experience for the visitors.
Analytics
Analytical cookies are used to understand how visitors interact with the website. These cookies help provide information on metrics the number of visitors, bounce rate, traffic source, etc.
Advertisement
Advertisement cookies are used to provide visitors with relevant ads and marketing campaigns. These cookies track visitors across websites and collect information to provide customized ads.
Others
Other uncategorized cookies are those that are being analyzed and have not been classified into a category as yet.
SAVE & ACCEPT